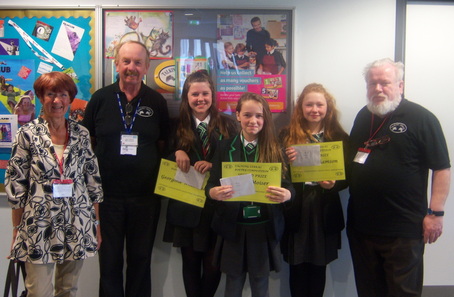 Pictured are 3 of our 4 winners from BBA Academy:

Along with 3 Talking Zebra Judges:

Prizes were £20 for first prize, £15 second prize, £10 third and fourth prizes.  All were in the form of gift vouchers of their own choosing.


We had over 150 entries - thanks to everyone involved at all 3 schools.

Our thanks also to Matthew's Coffee House and the staff at Cleckheaton Library who agreed to accept entries on our behalf. 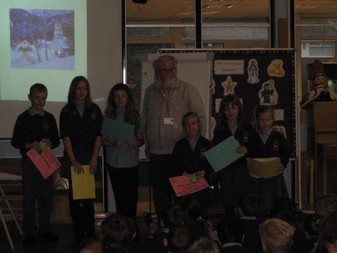 Our thanks to everyone (all 150+) who took part in our KS1 & KS2 poetry competition on the theme of "Animals".

Your certificate should be with you shortly via your school.

1st Place - My Pet Deborah the Zebra
by Robyn Wood-Brown

My pet is called Deborah the Zebra
She lives in my garden at home
My friends think I'm fibbing
But honest, no kidding
She even hoofed over my garden gnome

I really do wonder if it's all a mirage
A zebra, or a horse camouflaged?
She is stripey not spotty
So I don't think I'm potty
All come see her to meet her

But little did he know
That anything could blow
Down a house made of wood
For instance, a big bad wolf

The wolf moved on to the next home
And yes, it happened again
The wolf was big, the wolf was evil
Just like something off "Primeval"

He tried and tried
To blow down the house
Belonging to the third little pig
But he gave in eventually
And walked home in dismay
(Phew!)

In a corner of a house
In a hole, in which a mouse
Would find a friendly little home,
But no, this hole is much more grim
It holds a spider, tall and thin

One day this spider, he crawled out
And found a girl, who with a shout
Picked up a fancy water jug
And tried to put it over him,
But not this spider, tall and thin

And then she threw him out of doors,
He landed on his sticky paws,
And scuttled quickly from a shout
Of "Now I've caught you, don't come back!"

Thanks too to the staff at the following schools:
Birkenshaw CE (C) Primary
Howard Park Community
Whitechapel CE Primary

And to the following for providing prizes:
Ponderosa (Heckmondwike)
Members of Talking Zebras